It has been one of the busiest years in the Kathleen Connell Singing Tuition studio, with a huge range of singers, songs and vocal needs. One of my absolute pleasures is seeing all of my students work towards individual goals and so many have made wonderful progress in 2015. As their teacher I notice the small gains just as much as the grand achievements. Like improvements with breathing and articulation or expanding their repertoire. Some students have overcome adversity or illness to return to singing and others have shown great persistence, working diligently every week. There are so many lovely moments of discovery along the way and I look forward to many more in the year ahead.

Here is a snap shot of some of the successes: 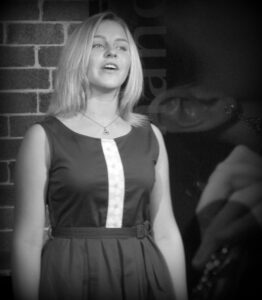 Many of my students are involved in a range of choirs, from suburban and church choirs to youth and community choirs. Choirs are so personally rewarding, as they give singers the opportunity to perform regularly and share their love of music with the wider community. They can also open doors to amazing venues, like singing at The Domain, the Opera House and great churches or even as part of a backing group for a well-known artist. I strongly encourage anyone thinking of joining a choir in 2016 to go for it! Here are some of my students who have thrived in choirs this year:

Examinees
Jemima Lorenz and Joanne Sellathambo are candidates for Higher School Certificate Music 2 in 2016. They are both working very consistently and making huge progress.
Also, some of my clients are working toward the new AMEB Music Theatre exam, and the traditional Classical examination at high levels. 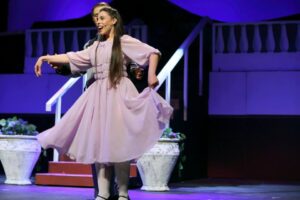 Laura Ellis-Balboni auditioned for Legally Blonde and is set to sing in a Sydney University Musical Theatre Group production.

Natalie Cassiniti (pictured right) took the role of Joanna in Sweeney Todd for Holroyd Music Theatre Group and Anita for Chatswood Musical Society’s production of West Side Story in November.

Sarah Fredrich performed singing roles in Gypsy. She is also a sought after choreographer for several Music Theatre Groups.

Auditionees for Prestigious Schools
Laura Ellis-Balboni was accepted to NIDA as a full acting student beginning 2016. A very exciting step forward in her theatre career.

Band Vocals
Brad Howells has stepped up to do some vocals with his band in both country and city events. Through Brad’s band, he raises considerable amounts of money for chosen charities throughout the world. 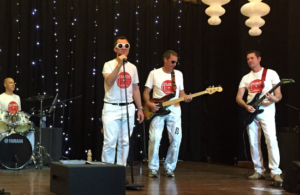 Brett Kensett-Smith (pictured right) performed with his band at a school fundraiser in October. The 70s tribute night was a huge challenge for Brett with a set of 13 songs, many using his stronger falsetto and head voice sound.

Song Writers
Summer Bonney Tehrani wrote, composed and performed a sea shanty, telling the story of a female pirate to whom she is related. Summer sang it at a “Shanty Night” in Redfern.

Natalia Teugun composed and wrote a group of four songs and was invited to perform these in collaboration with her band and other singers at the enormous Newtown Festival in November.

Kathryn Halliday is a song writer who is learning singing to take the lead vocals in her band, where she normally is the drummer. Forthcoming festivals in Perth and Adelaide are an exciting prospect for Kathryn.