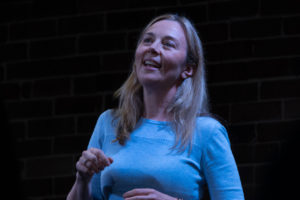 Blake wanted to sing well for his dance concert, so his Mum brought him to the studio for singing lessons.

Through an industry contact I heard that Opera Company were auditioning for children to sing in the chorus of La Boheme. Blake was offered a position and sang for the first seasons of the new production. The producers of Mary Poppins were searching for child singers for two roles, and following a rigorous audition process and coaching from me, Blake was offered to cover the role of Michael.

Blake then took over the role for the Perth, Brisbane and Auckland seasons.  Blake is now performing as Pugsley in The Addams Family.

I initially provided Maja with singing lessons prior to her HSC exams, however, she continued taking lessons the year after her HSC. 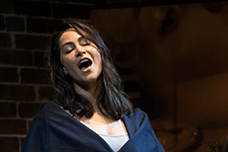 We started a journey of loosening up her voice, teaching her a new repertoire and establishing some basic fundamentals in vocal technique.  Maja started taking singing exams in both contemporary and classical styles so that she could understand a wide range of music.  She achieved outstanding results in all her exams, and along the way she won a few singing competitions.

Maja started taking piano and musicianship lessons, and in 2013 she was offered a very rare place as a vocalist in the Sydney Conservatorium jazz course.

This is what Maja says about her singing lessons:

‘Learning singing with Kathleen has given me precise technical skills which I use confidently to communicate characters and emotion through a wide range of songs and styles. I have learnt to use my whole mind and body and found so much enjoyment in performing, as my voice is now robust and powerful.

I value the balanced time I spend learning and performing and fitting that into my busy life. Learning singing has been a committed journey I have found exciting, fun and rewarding, and would recommend Kathleen to all singers of all styles, ages and levels’.

Katie first came to me because she wanted to do well in her HSC, as well as to learn skills that would enable her to pursue singing after school.  After consistent singing lessons, Katie’s voice and personality further blossomed.  She thoroughly enjoys Music Theatre and Art Song styles.

This is what Katie says about her singing lessons:

‘I began singing tuition with Kathleen when I was young; so I have strongly and securely developed singing technique and musicianship.

Specifically, my voice has opened up and any nasality has been eliminated, except where needed in repertoire.  Talking about repertoire, I have explored loads of musical styles, but I especially like music theatre, and will be performing that style for my HSC exams, and plan to further explore music theatre post school.

My confidence in performing has grown tremendously and I recently sang the role of Dusty in the play of the same name.  I would recommend Kathleen to anyone who wants to develop their singing technique and musicianship’. ~ Katie Harkins.

I have taught Jan for 3 years and during the course of her lessons her musicality and vocal technique have improved dramatically.

This is what Jan says about her singing lessons:

‘Learning singing with Kathleen has not only trained my voice but improved my musicianship and reading of music.  My breathing technique has developed strongly and my posture and confidence has also improved.  Many people show an interest in learning singing, but you do need to commit yourself to the craft, and having a good working relationship with a firm but fun teacher can take you a long way’ ~ Jan Swift

I taught Ria for 5 years. Following a very successful HSC, Ria was offered a place at UNSW as a music student.  Ria received distinctions throughout the program and in 2012 she received a distinction at the completion of her music degree.

Ria began an emerging career as a soloist and choral singer with high level choirs. What’s so special about Ria?  Ria is blind and has been since she was three.

What Ria says about her singing lessons:

Kathleen is an evidence based teacher who is enthusiastic and friendly and uses care to teach. Kathleen has helped me understand a heightened sense of real professionalism in singing and performing. I have received distinctions in a University Performance course and begun a pre professional classical voice career. I would especially recommend Kathleen to singers studying at Degree level and beyond’.  ~ Ria Andriani 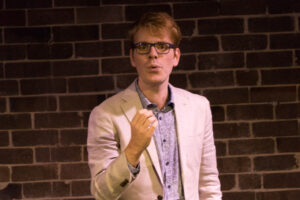 Dave Wooltorton has been a backing vocalist for the Keith Urban band, and is a cover vocalist for John Mayer.   His cover bands are popular in both the club scene and Tamworth scene.

A local school hired my singing tuition services to teach a small class of singers who were struggling in their HSC course.  I gave them weekly sessions, which included performance classes.  As a result, there was an increase in the students’ confidence and commitment to their work. All students received band 4 or 5, which is an excellent result.

Opera Australia and a choral scholarship

A young male singer, Marcus Smith received singing lessons from me.  I knew that the Opera Company was looking for young males to sing the role of ‘The Three Boys” in Magic Flute. Marcus was offered a role and now has a choral scholarship at one of the cathedral schools.

Natasha achieved outstanding results in AMEB exams, delivering an accomplished performance as Eliza Doolittle in My Fair Lady, which impressed various theatre professionals.  She also recently sang a solo Vivaldi piece in Venice as part of a school Orchestral and Choral trip to Europe.

Many of my singing students are:

I hope you’ve enjoyed reading the singing success stories from some of my students. Remember, success means different things to different people.  It can mean singing brilliantly in front of thousands of strangers in a stadium, or singing comfortably in front of your family at home.  If you’d like to try singing lessons, and perhaps be your own success story, feel free to contact me today.